This a Tron like sci-fi  appearance of the android robot.  Robot walks trough the steam and appears from the shadows of the night. He will enlighten the audience with the secret blue light. He makes robotic movements, he stops and them moves.  Then he dances to the the electronic music a solo. Extraordinary solo which remains journey to the near future. This sci-fi venue  ends with small laser show. Robot is carying the laser-beams in the hands, which remains the  palms of Iron Man, knives of Wolverine or suit of Antman.

After the shocking appearance robot, walks among the people. He poses for photo-shooting, he shakes the hands wit the crowd. He interacts and  entertains the audience directly on the floor. Then when the time comes, he walks slowly back to the shadows… 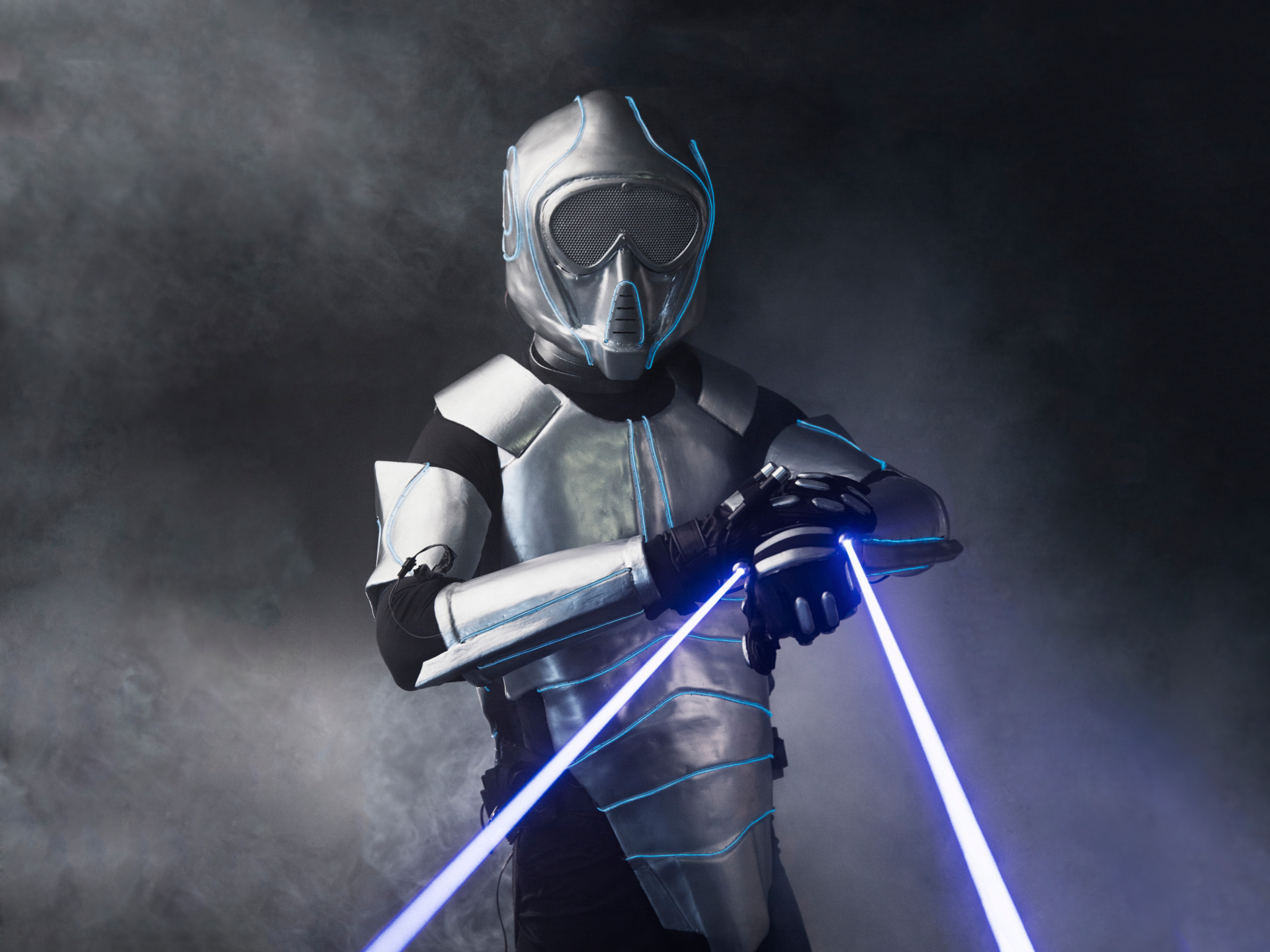 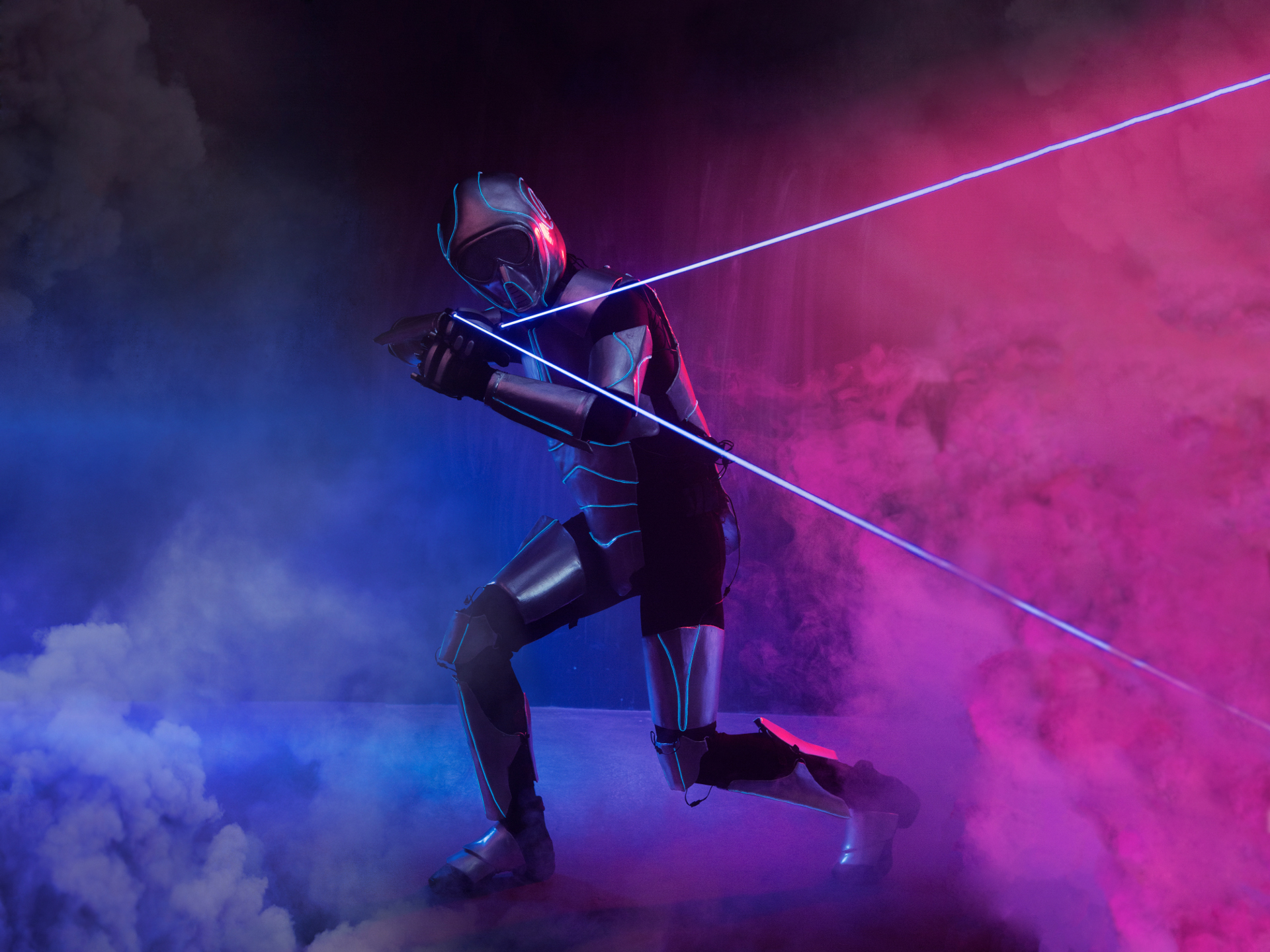 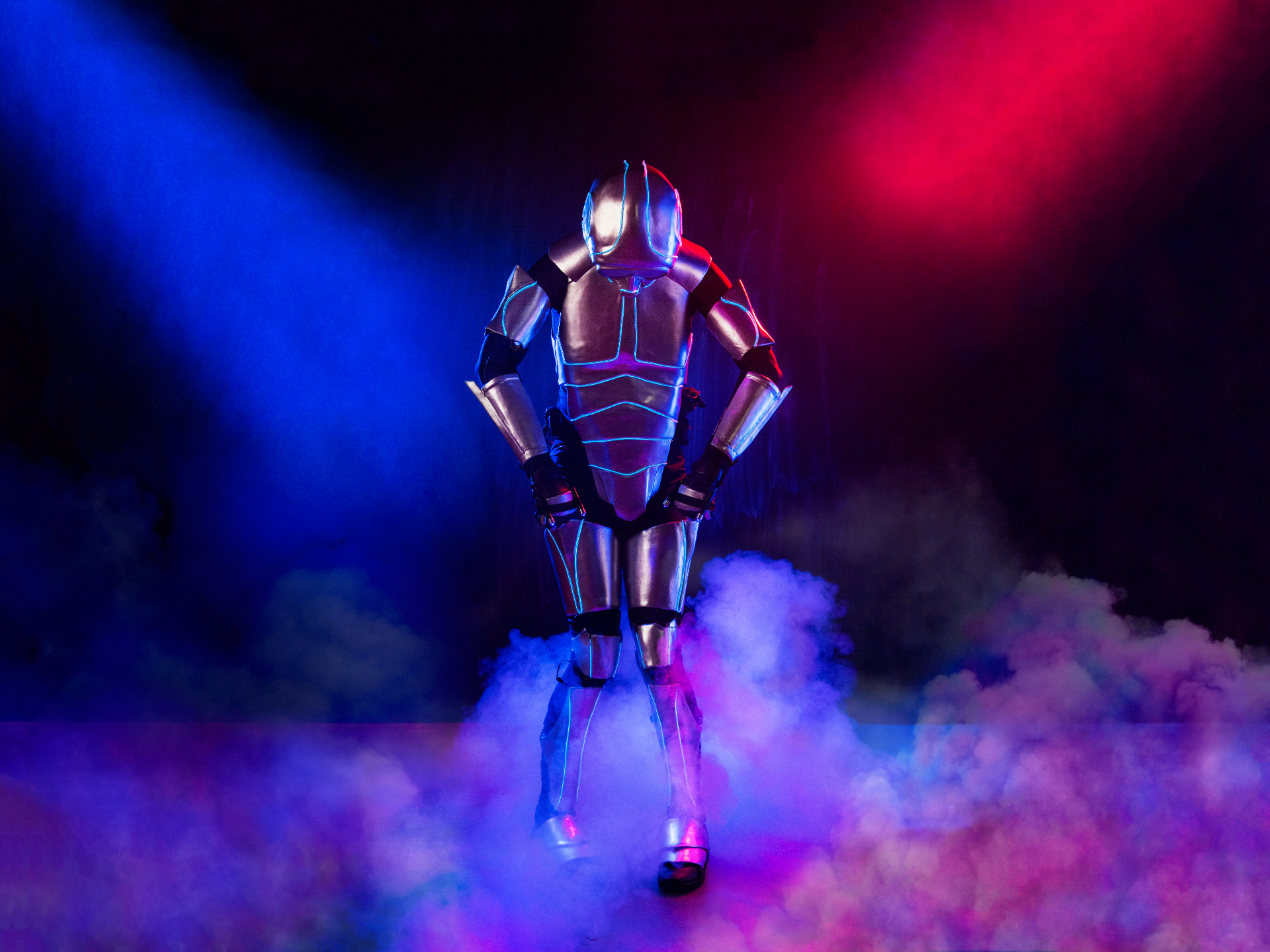